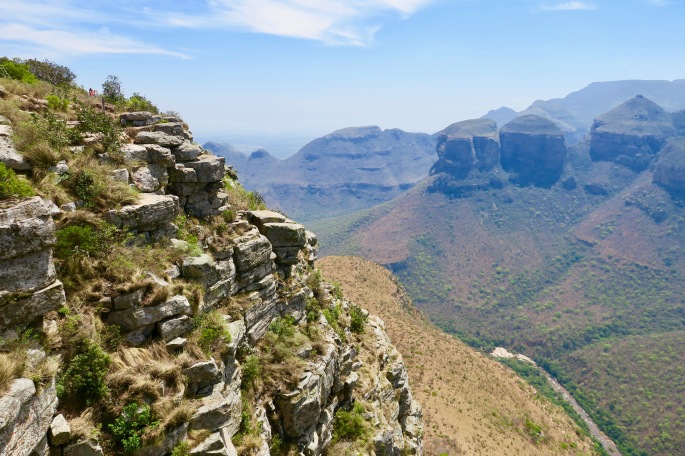 From the overlook at Blyde River Canyon, there’s a dramatic view of the “Three Rondavels” (named for circular African dwellings with conical thatched roofs).

These fascinating rock formations are shaped like round, grass-topped, huts

similar to those still in use today among the indigenous people groups of Africa.

Renier, our guide, explained to us that the people believe evil spirits like to hide in dark corners,

so they make their homes (and even hotel and other structures) 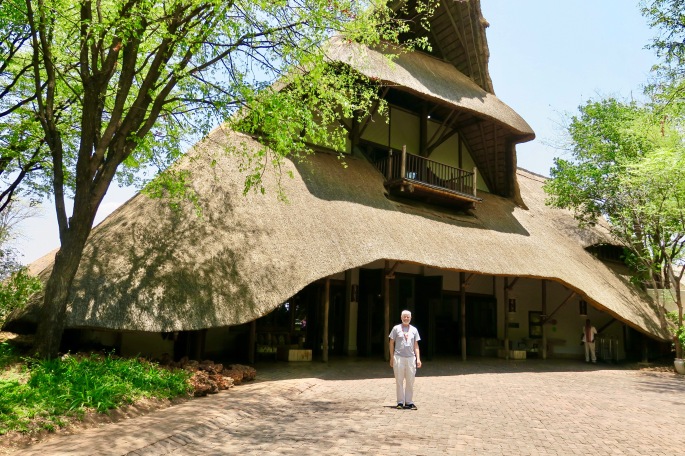 somewhat round to keep away such unwanted intruders.

Of course, these massive shale, dolemite, and quartzite “huts” are monumental in size, rising 700 meters from the ground (which is already 1,390 meters above the river floor below). They are utterly spectacular!

Traditionally, the three peaks were known as “The Three Sisters” and were named for three troublesome wives of Chief Maripi Mashile, who was the courageous nineteenth-century Pulana chief that defended his people from a Swazi invasion.

Legend has it that the three wives were Magabolle, Mogoladikwe and Maseroto, and the three rondavels are named to commemorate these irksome busybodies! In this photo, you can see the “three sisters,” and to the right is a long, flat-topped mountain known as Mariepskop, named in honor of Chief Maripi, who used the mountain as a stronghold during the invasion. 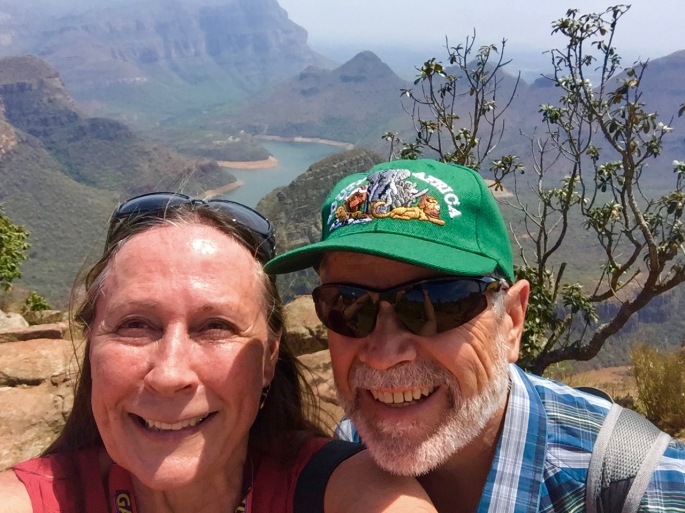 Blyde River Canyon is gorgeous, and the Three Rondavels are definitely worth visiting, but I’d really hate to be commemorated for being a troublesome wife. 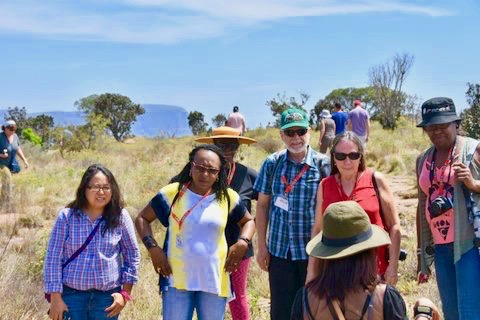 “A good name is rather to be chosen than great riches, and loving favor rather than silver and gold” (Proverbs 21:1). 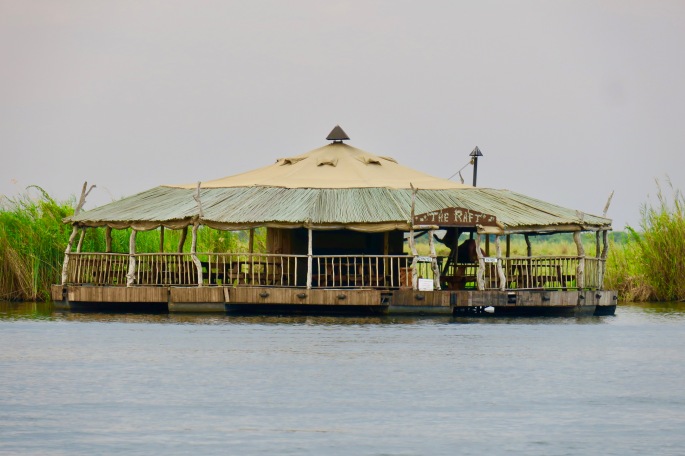 I’m also glad that the Holy Spirit indwells believers in Christ so that we don’t have to fear evil spirits hiding in the corners of our homes! Instead, God tells us that we’re protected by the Holy Spirit (Ephesians 1:12-14), and that we do not need to fear evil spirits: “Ye are of God, little children, and have overcome them: because greater is he that is in you, than he that is in the world” (1 John 4:4). Later in the same chapter God explains: “There is no fear in love; but perfect love casteth out fear: because fear hath torment. He that feareth is not made perfect in love” (1 John 4:18).