Although Stratford-upon-Avon has a good 750-year head start on Stratford, ON,

and certain decided advantages,
most importantly (at least to me) the birthplaces of Shakespeare 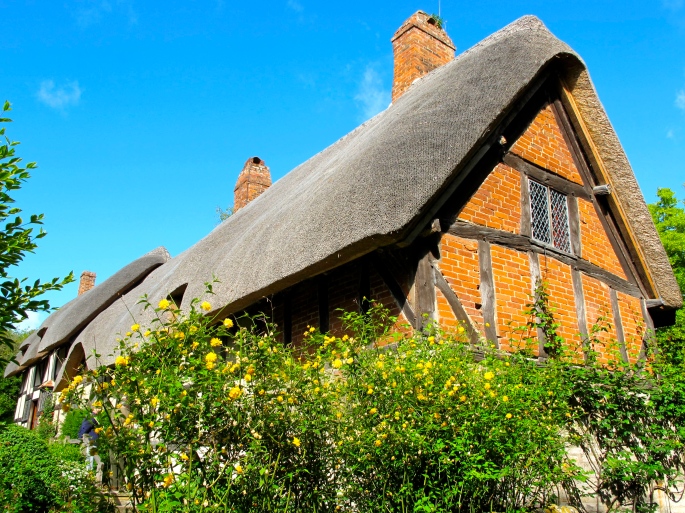 & Anne Hathaway, with all the quintessential charm of ancient thatched rooves

and half-timbered buildings brightened by many tiny, paned-glass windows 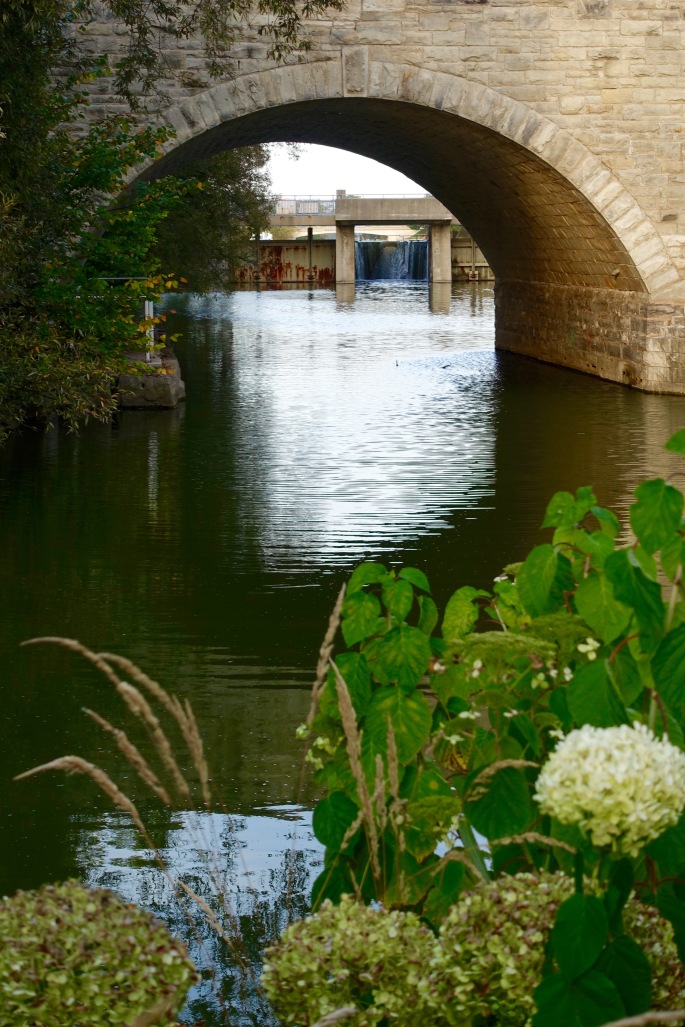 …still, the Stratford that resides upon the Avon River in Ontario, Canada, 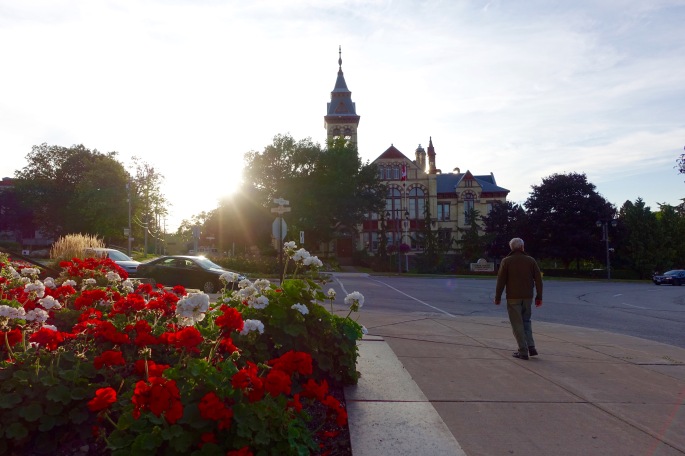 is a city of many charms and gardens, and when Alan and I visited last weekend, 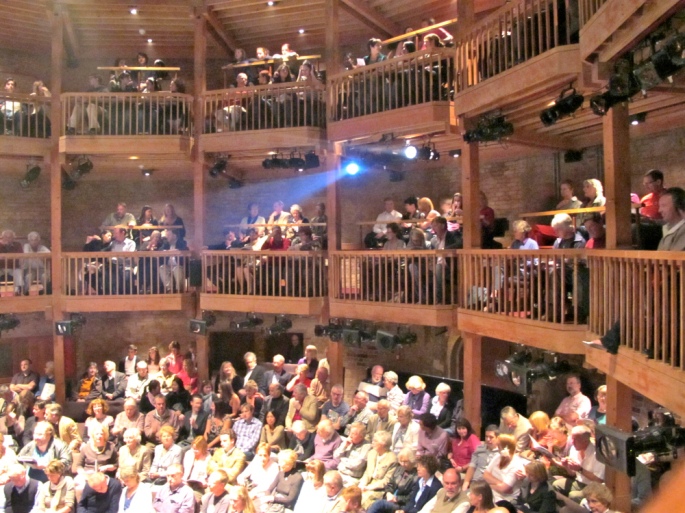 we found that even the Shakespearean plays were as creatively re-enacted as any we’ve seen in England (such as the one we saw at The Swan a few years ago). 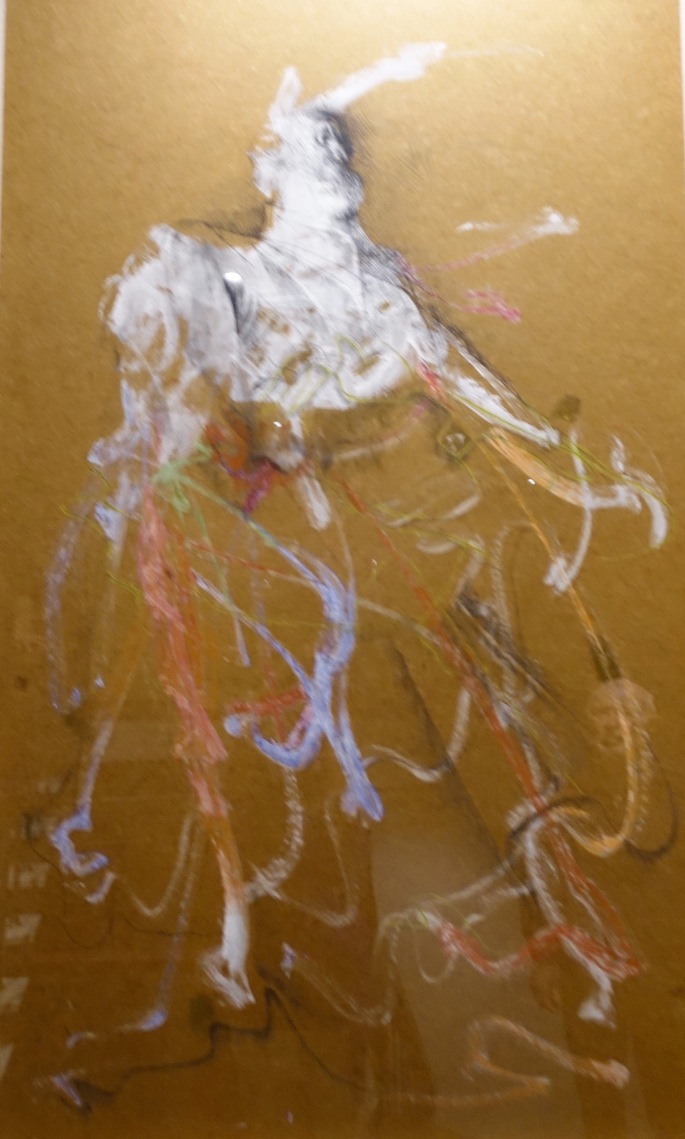 We visited during “Culture Days,” 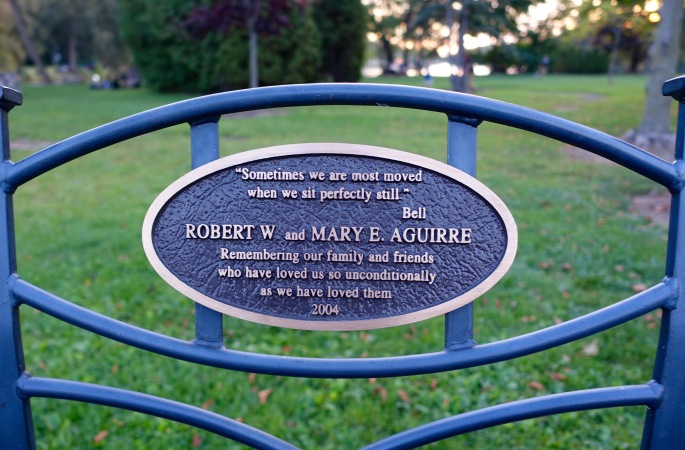 and so there was not only art in the park along the Avon River,

but the Gallery Stratford (and other venues) were free to the public,

along with many special events,

such as a free Scottish dance class at the Normal School. 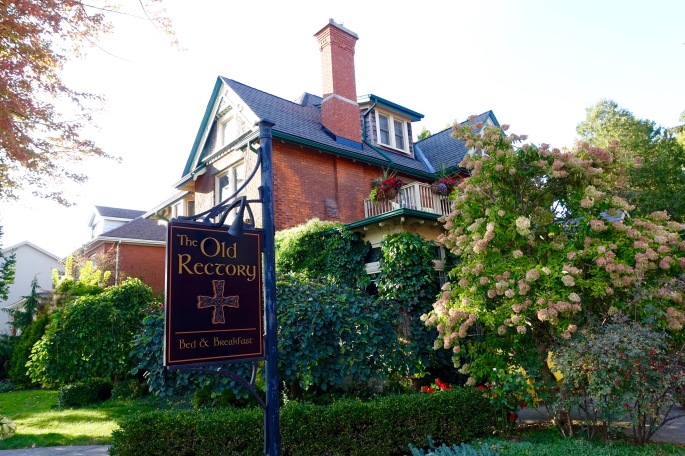 where Kevin (professionally trained chef from the U.K.) and Kim

have been dazzling guests with their gourmet breakfasts 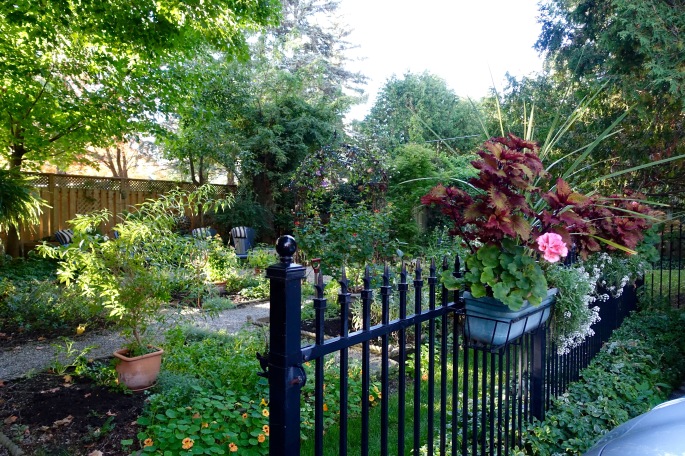 and the warm ambiance of their historic home for the past 19 years. 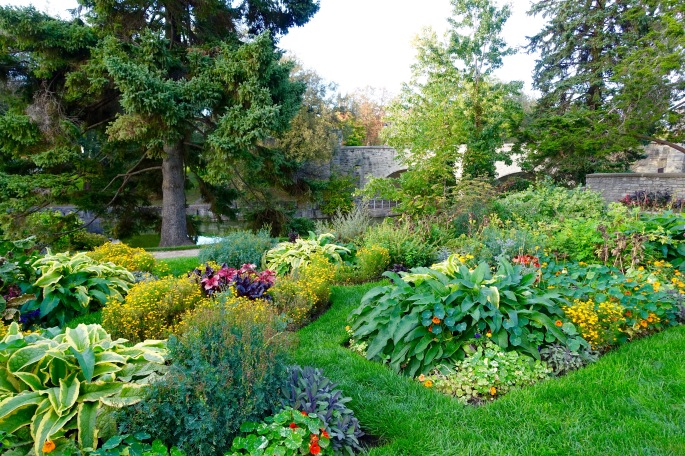 We spent our days wandering through Stratford’s many gardens and shops, 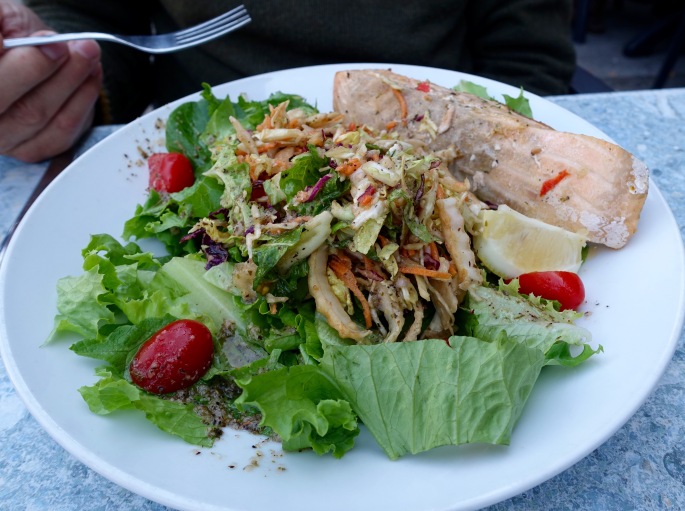 feasting at their restaurants

(Bentley’s had [relatively] great prices and good food; their butternut soup
with maple syrup and traditional Shepherd’s pie were both exceptional), 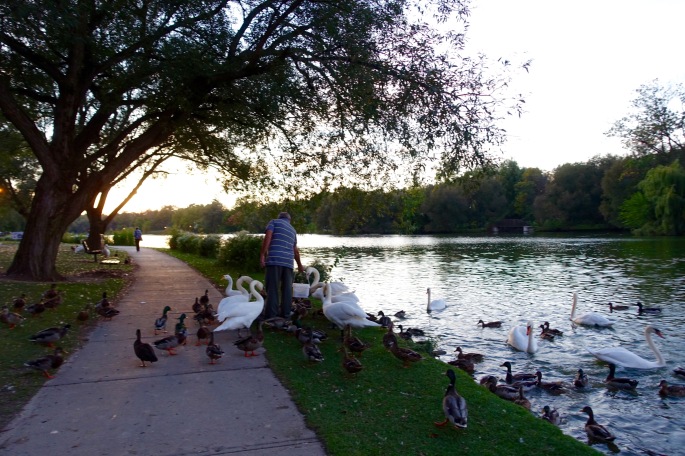 and meandering among the waterfowl who live along the Avon River. 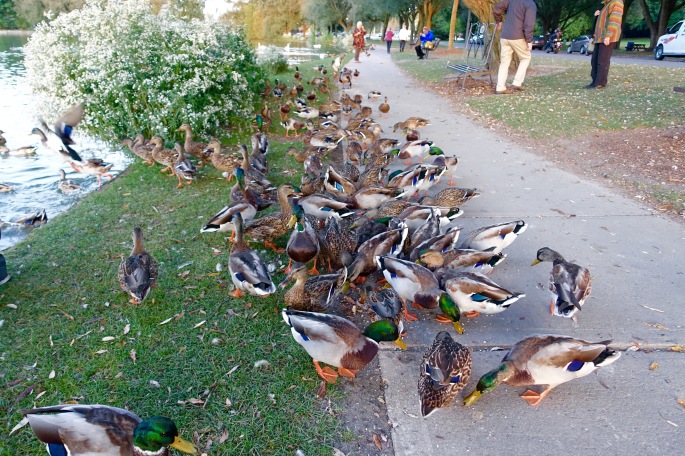 I think their numbers may rival that of Stratford’s voting population!

We spent our evenings enjoying brilliantly acted plays and musicals.

My favorite was a flawless performance of The Sound of Music, 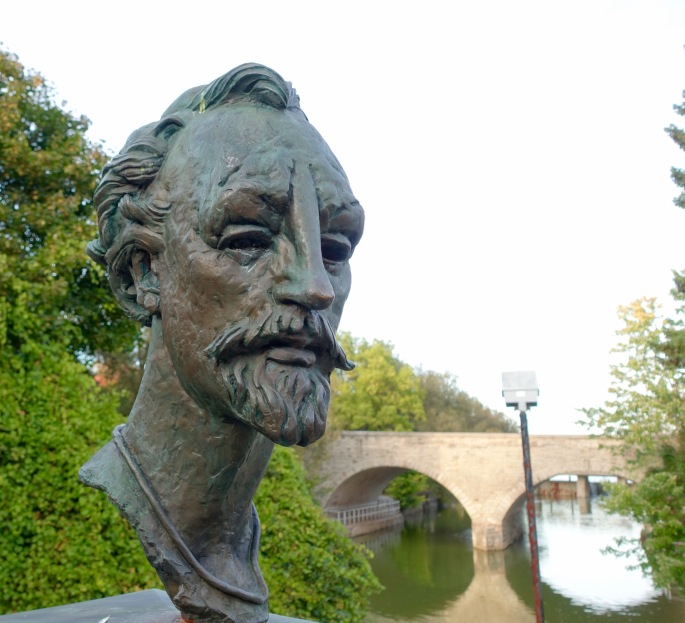 although The Taming of the Shrew
showcased a husband-wife team in the leading roles,
which somehow lent the mad comedy even more tongue-in-cheek levity. 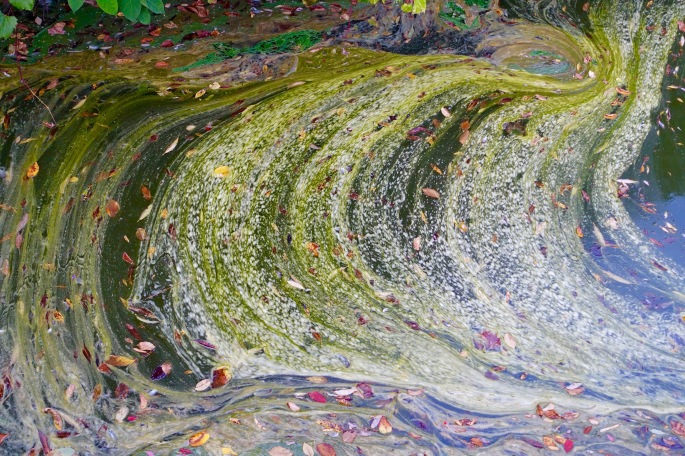 However funny the premise
that a woman can be tamed through severity in the name of love,

I have to say that my Lord, Jesus Christ, conquered this wild-hearted Kate,

not through severity, but through unending, patient kindness.

Has your heart been conquered by love? 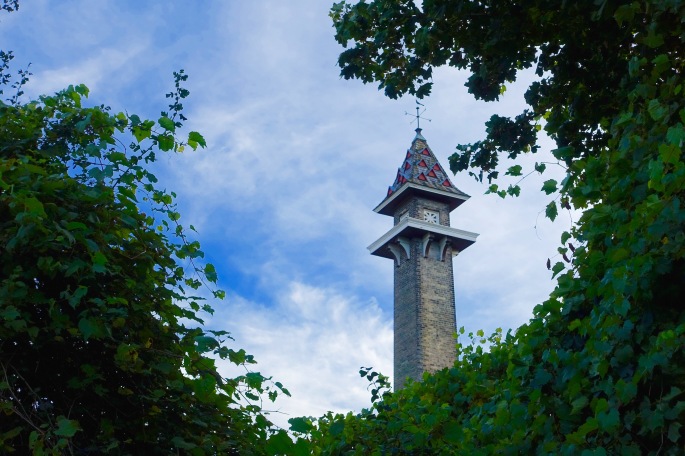 Or, are you waiting for a severe mercy to overcome you?

“Thou hast also given me the shield of thy salvation: and thy right hand hath holden me up, and thy gentleness hath made me great. Thou hast enlarged my steps under me, that my feet did not slip” (Psalm 18:35-36).

(All pictures were taken during our stay in Stratford last weekend, except for the first 4, which were taken in Stratford-upon-Avon, England, several years ago [when I also took the picture of the Swan Theatre].)