A United Kingdom is the current retelling of a true story from 70 years ago, although I’d never heard it before. I totally agree with Rotten Tomatoes’ 83% rating and commentary: “Well-acted, solidly crafted, and all-around worthy, A United Kingdom presents an absorbing look at a singular true-life love story.”  If you, like me, weren’t around in 1947, you may not have heard the story before either, but it is a powerful testament to the enduring character of love.

Sir  Seretse Khama was the heir to the throne of Botswana (then called Bechuanaland), Africa. 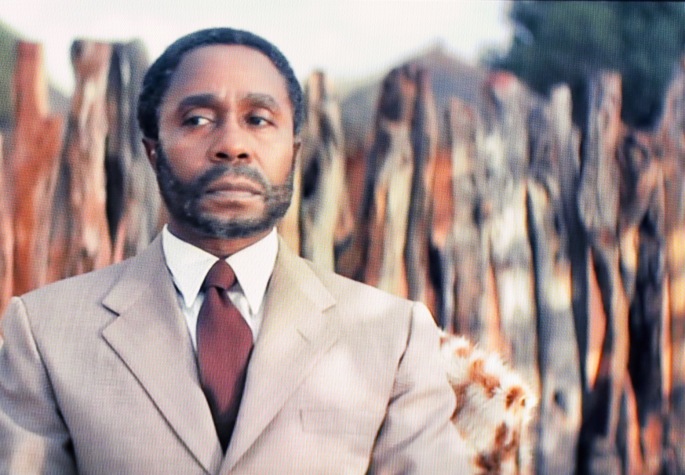 His parents died when he was only three, and Seretse became king at age four, although his uncle served as regent and brought him up like a son, sending him to the best schools, and eventually to Oxford and law school in England, where he became a barrister. 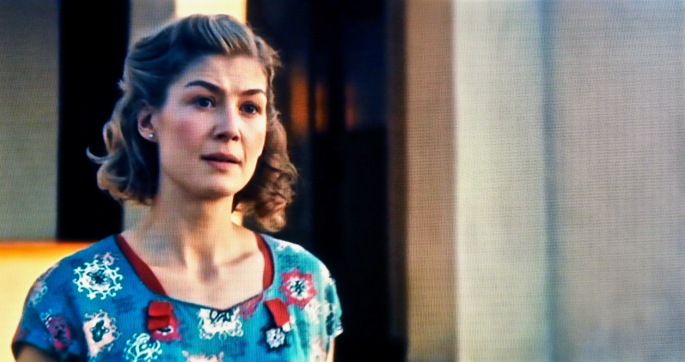 During this time (1947) he fell in love with a British woman, Ruth Williams, 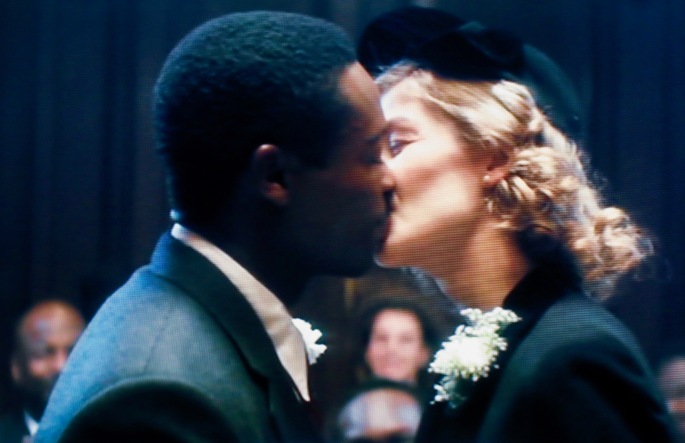 whom he married, despite extremely strong opposition from both sides of the family.

Their marriage and subsequent return to Bechuanaland sparked a furor among people on both continents,

because everyone assumed he would marry a woman from his tribe, the Bamangwato people. 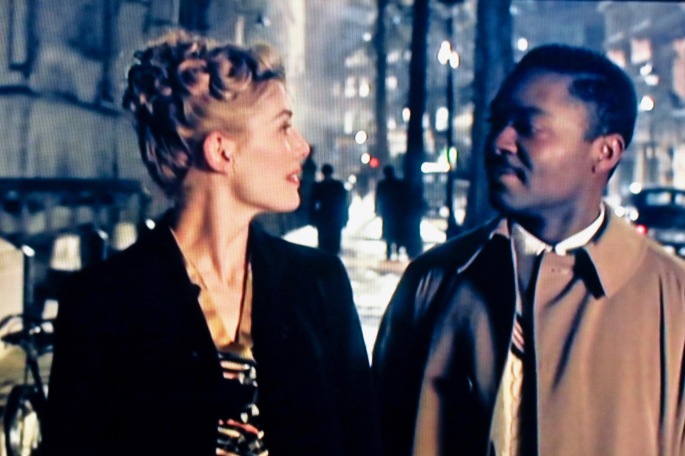 A United Kingdom tells the story of the fierce love between Seretse and Ruth, 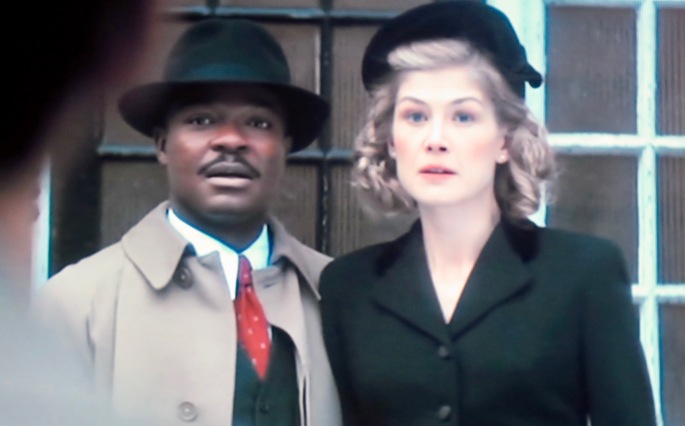 their unwillingness to bend for tradition or current cultural mores,

and how they eventually won the hearts of their people.

It also exposes the racism that was rampant in the Union of South Africa at that time, and the British weakness in failing to honor their word in order to curry favor with South Africa.

Although the events were compressed in the movie (it seemed like just a few years, when really the struggles lasted about 20 years), A United Kingdom gives a sober look into the economically-driven politics and racial tensions that have existed far too long (and into the present) between the continents and the races…and the fact that true love can (at least sometimes) “conquer all!”

In order to protect his country and his marriage, King Khama gave up his right to be king, although he and Ruth returned to Bechuanaland where they eventually organized the Bechuanaland Democratic Party.

The movie is more about their love and early struggles, but I want to share just a little bit about their huge later success. Khama was the leadership and driving force in Bechuanaland’s independence from England, which was finally won in 1966. At that time, Bechuanaland was renamed Botswana. It was the third poorest country in the world, with virtually no infrastructure (7.5 miles of paved roads), and only 22 college graduates (worse, only 100 high school graduates!). 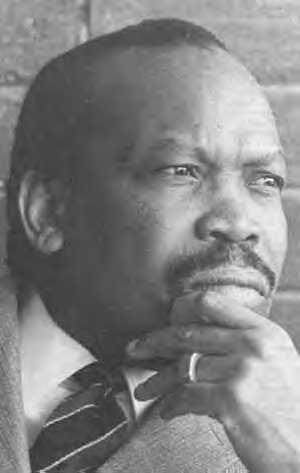 Thanks to Khama’s integrity and brilliant leadership, he was elected as their first president and won every election until 1980, when he died suddenly of pancreatic cancer. During his tenure in office, Botswana became the fastest-growing economy in the world! The government negotiated the diamond mining businesses so that they retained 50% of the profits, which they poured into infrastructure, education, and health care. (Of course, if you’ve read The No.1 Ladies’ Detective Agency by Alexander McCall Smith, you’ll believe that more of that money should have been given to the workers; at least, I do.)

but in 2008, Seretse’s oldest son Ian, was elected president of Botswana.

He and his (one and only) wife, Ruth, worked side by side until his death, and they are buried together in the Royal Cemetery in Serowe, Botswana. 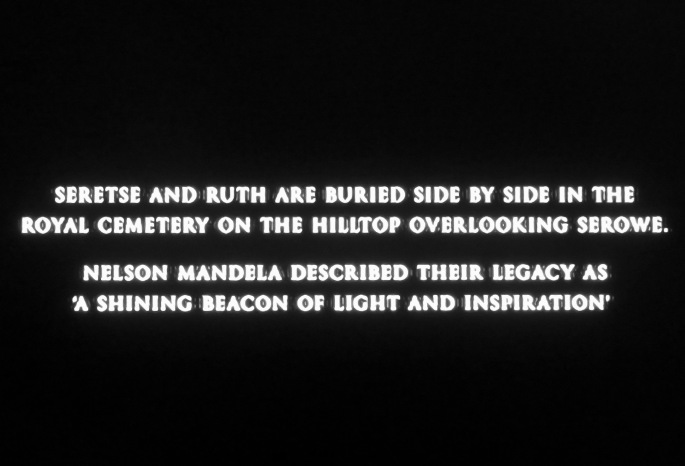 Seretse Khama’s people loved him and compared to Nelson Mandela (although he didn’t receive such international acclaim).

A United Kingdom is a beautiful story of love, honor, and courage, and a fitting example for each of us in our quest for following God in his promise to one day provide a united kingdom—not only in Botswana, but for the entire world!

“But seek ye first the kingdom of God, and his righteousness;
and all these things shall be added unto you” (Matthew 6:33).

“And I heard a loud voice saying in heaven, Now is come salvation,
and strength, and the kingdom of our God, and the power of his Christ” (Revelation 12:10).

(I took most of the photos while watching the movie; others are from Wiki)