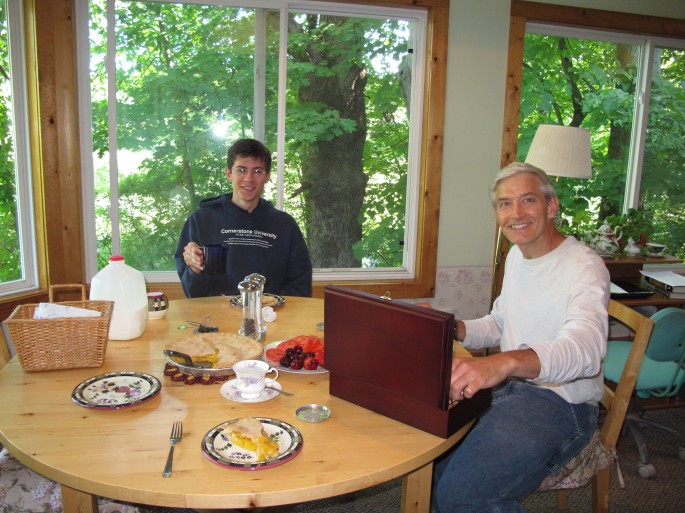 Okay, so you’d think I’d be the one bringing pies to Brian, since he’s the one who’s the longest-on-record survivor of his type of cancer and cancer treatment. 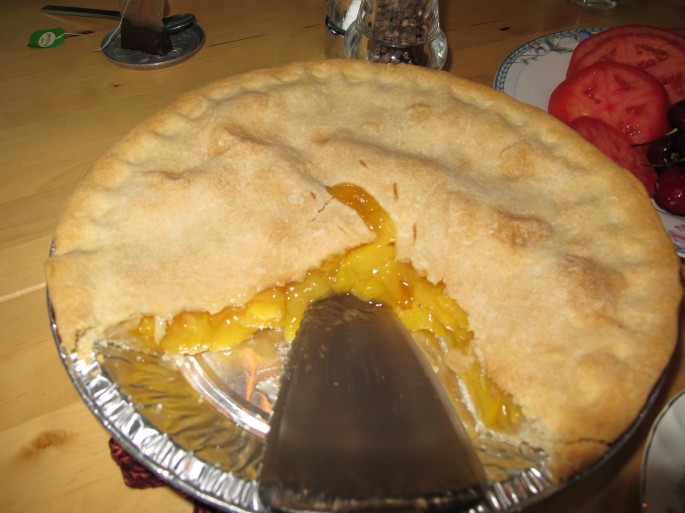 …but in fact, Brian brings our families pies! This time he brought two: a Red Haven peach pie (his favorite, made from peaches that are just ripening here in our area), and a cherry apple pie. 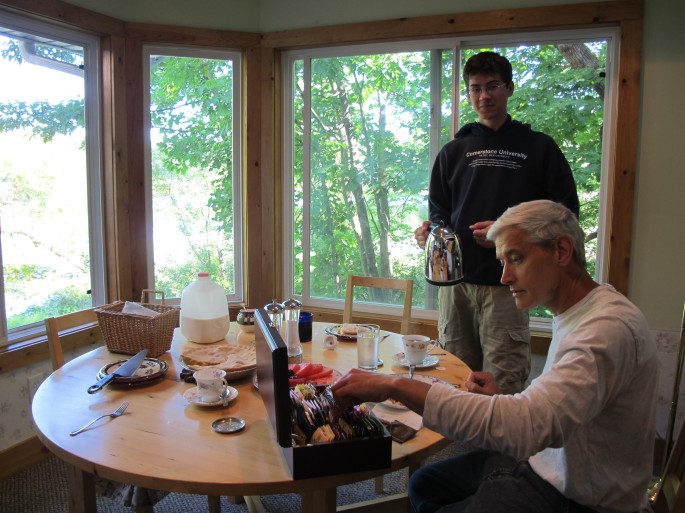 So, Brian joined us for lunch, and we broke into the peach pie for dessert. While we were feasting, he and Stephen carried on quite a lively discussion about music, which was especially on Stephen’s mind because he’s starting his graduate studies in musicology and piano performance (in fact, this very morning as I write)!

Brian knows a great deal about music…and just about every other topic under the sun. In his unassuming way, he infuses a huge amount of knowledge and insight into every conversation. He’s also an amazing prayer warrior and has prayed faithfully for our family ever since being a classmate of Daniel’s about 8 years ago. 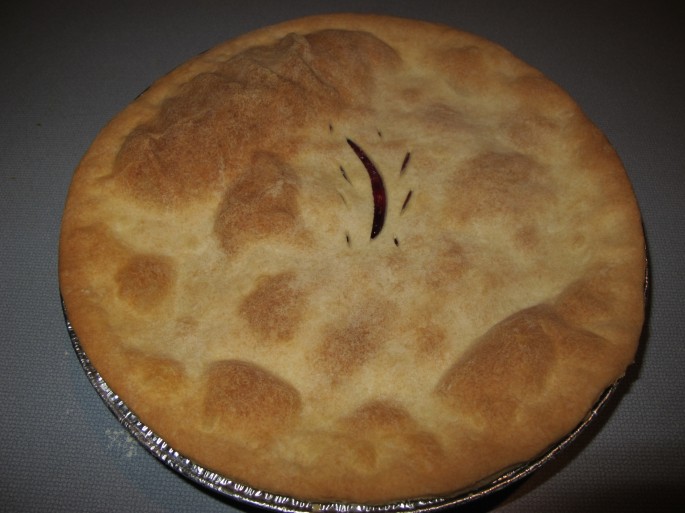 Brian brought the pies a couple of days ago. By now, both pies have been devoured and are just pleasant memories! 🙂 However, what lingers most in our minds is Brian’s kindness. Instead of wondering why people aren’t reaching out to him, he reaches out to others with grace and goodness…even in the midst of kidney failure and pretty constant pain. What an example of living out the grace of God and the life of Christ in the midst of suffering! He’s a model to me when I think of these verses:

“Be thou an example of the believers, in word, in conversation, in charity, in spirit, in faith, in purity” (1 Timothy 4:12).

“For even hereunto were ye called: because Christ also suffered for us, leaving us an example, that ye should follow his steps” (1 Peter 2:21)