Although I grew up cherishing Winnie-the-Pooh stories, my children grew up practically quoting some of the stories by heart, and a couple of my grandchildren remind me of Christopher Robin (like this one, whom I’ve been visiting the last while, and who’s recently become a big brother, again!),

I never knew much about A.A. Milne, who authored the tales of Christopher Robin and his plush playmates.

Goodbye, Christopher Robin (2017, PG, rated 7.1 on IMDb) tells the heart-rending back story of the Milne family. 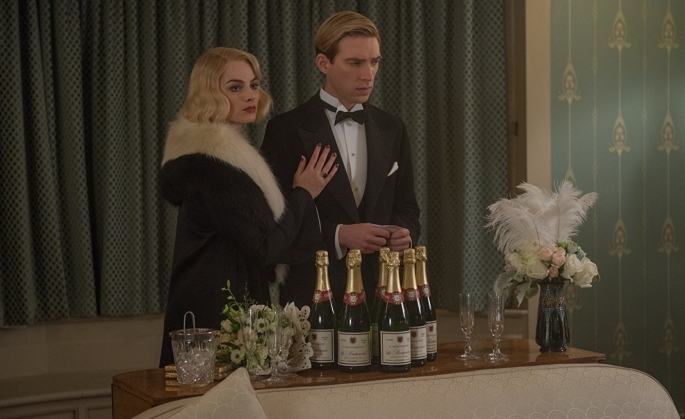 A.A. Milne, and his wife Dorothy, were rich British socialites.

In the movie, the real Christopher Robin (nicknamed “Billy Moon” by his parents) appears to have been largely neglected by his mother, although according to his biography, it was his mother who came into the nursery and told him stories about what Winnie-the-Pooh and his friends did and said, and he felt that it was his mother who actually created most of the ideas for Milne’s books.

However, it was absolutely true that little Billy was very devoted to his nanny, Olive, who was responsible for his daily care. (I gather this is often true for children who grow up with caring nannies!)

Milne had suffered severely from (probable) PTSD after serving in World War I and wished to use his talents as an author to write something that would inspire the world to stop resorting to war as a way of “resolving” conflicts.

Although Milne published a serious plea against war, Peace with Honour, he became famous for was his playful, four-book series based on his son and the little boy’s stuffed animals.

These books were incredibly successful, and the Milne family became extremely rich!

Billy Moon (aka Christopher Robin) didn’t mind becoming a celebrity as a child…until he was sent away to boarding school at age eight, where he was mercilessly bullied for his fame. 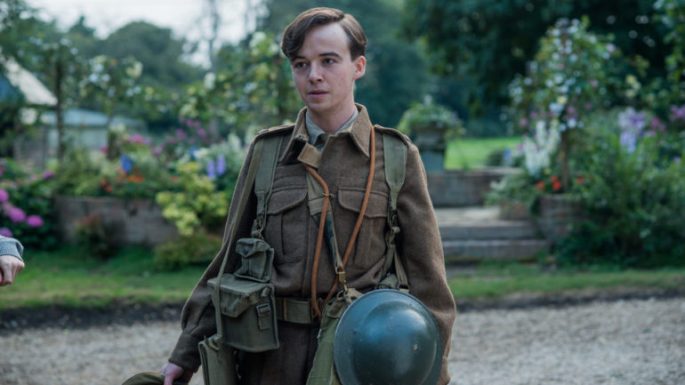 In response, Billy enlisted in the army during World War II, where he contracted malaria and took some shrapnel to his head (although he recovered completely).

It was during the war that Billy came to terms with all the difficulties in his life, because he realized that the Winnie-the-Pooh stories helped people recover from the pain and disillusionment of war by allowing them to retreat into the happy bliss of childhood innocence.

Since the original books were written (almost 100 years ago), they have never been out of print, and they have sold over 20 million copies in 50 languages!

However, Christopher Robin never accepted royalties from any of the books.  Instead, he married his cousin, Lesley de Sélincourt, founded the Harbour Bookshop in Dartmouth, and wrote a book of his own, Enchanted Places, finding it more gratifying to make his own life rather than live in his father’s shadow.

Now, you may fairly criticize me for telling you so much of the story, but in order to experience all the depth of pathos and charm, I highly recommend that you see Goodbye Christopher Robin for yourself! It made me appreciate that life is always much more complicated and difficult than we can ever imagine, and even the joyous affirmations of innocent childhood—in the real world—often come at great cost.

I also want to say that, unlike Christopher Robin, who didn’t want to stand in his father’s shadow, I am eternally grateful for our loving heavenly Father, who invites us all to stand safely under His shadow! “Because thou hast been my help, therefore in the shadow of thy wings will I rejoice” (Psalm 63:7).

Beneath the Cross of Jesus
(Elizabeth C. Clephane, 1868)

Beneath the cross of Jesus I fain would take my stand,
The shadow of a mighty rock within a weary land;
A home within the wilderness, a rest upon the way,
From the burning of the noontide heat, and the burden of the day.

O safe and happy shelter, O refuge tried and sweet,
O trysting place where Heaven’s love and Heaven’s justice meet!
As to the holy patriarch that wondrous dream was given,
So seems my Savior’s cross to me, a ladder up to heaven.

There lies beneath its shadow but on the further side
The darkness of an awful grave that gapes both deep and wide
And there between us stands the cross two arms outstretched to save
A watchman set to guard the way from that eternal grave.

Upon that cross of Jesus mine eye at times can see
The very dying form of One Who suffered there for me;
And from my stricken heart with tears two wonders I confess;
The wonders of redeeming love and my unworthiness.

I take, O cross, thy shadow for my abiding place;
I ask no other sunshine than the sunshine of His face;
Content to let the world go by to know no gain or loss,
My sinful self my only shame, my glory all the cross.

P.S.—While I was helping out with my new grandson in Italy this July, my son’s landlord graciously took  us on a tour of his villa, and guess what? This Italian count has first edition copies of all the Winnie the Pooh books, so they really have been famous the world around!