Last week Alan attended a medical conference in Boston, but we were able to slip

away early enough to enjoy a brief trip out to Cape Cod the weekend beforehand.

Cape Cod is one of the world’s largest barrier reefs. It looks like a long, sandy

boot (almost 560 miles of shoreline) sticking out into the ocean, and

although its highest point is only 306 feet above sea level, the Cape shields much

of Massachusetts from rough North Atlantic storm waves. There are nearly a 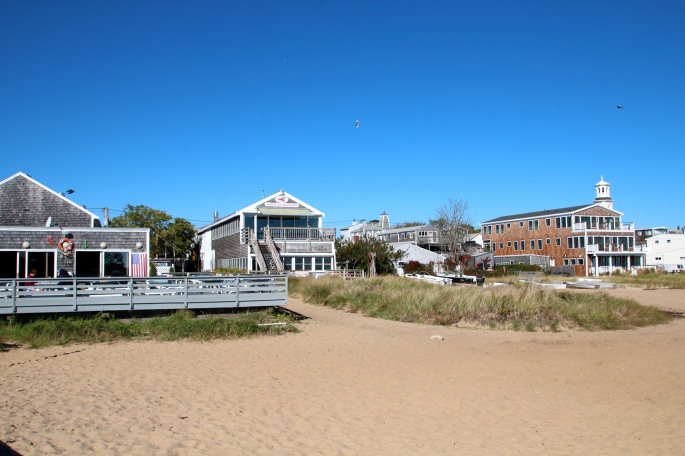 quarter of a million year-round residents, but the Cape is teeming with tourists 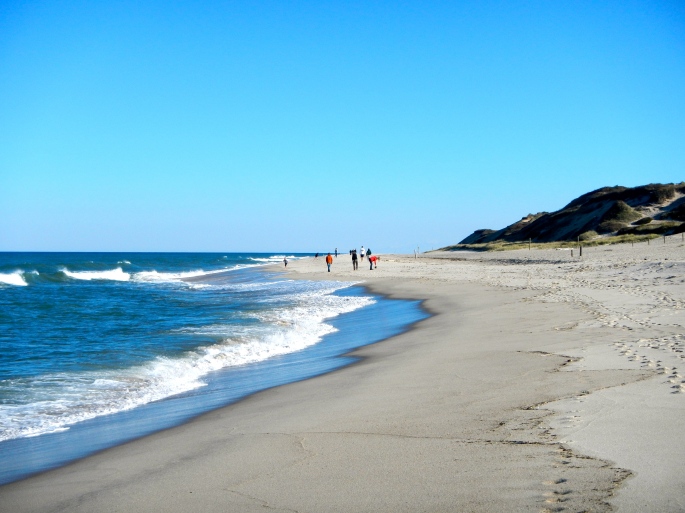 in the summer. However, in the fall, Cape Cod National Park’s 40-miles of beach

becomes a paradise for those of us who are restored by tranquility in nature.

When we visited, it was cool, clear, and calm… and in fact, stunningly beautiful!

is a tiny little resort of just about 3,000 and is known for upscale tourists, 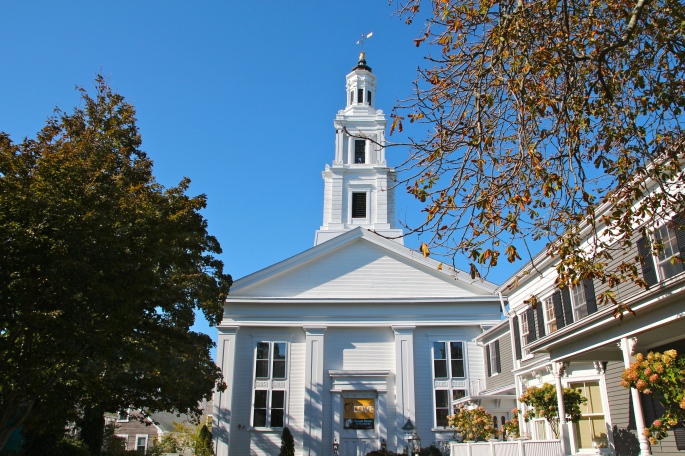 seafood, beaches, harbors, artists, and tolerance of homosexuals (as we noticed

and later learned). We enjoyed meandering along the pier, soaking up the crisp 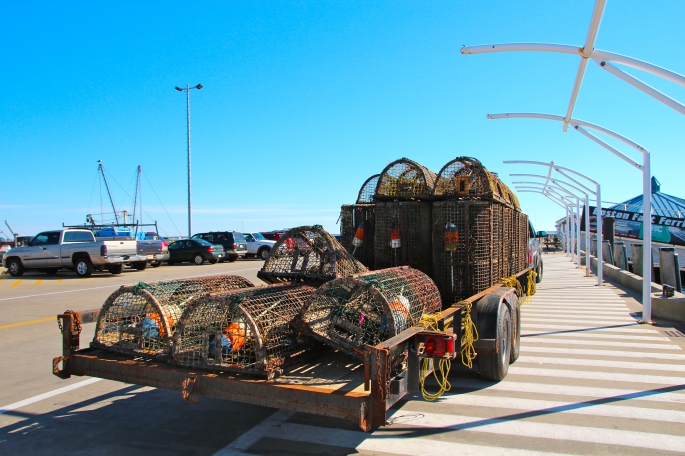 tying up their boats…far below the pier because it was low tide! As it was

almost lunch time, we asked a friendly fisher woman where to go for the “best

lobster in town” (since there were myriad choices). “The Lobster Pot!” she

exclaimed without a moment’s hesitation. Wow! It was every bit as incredible as 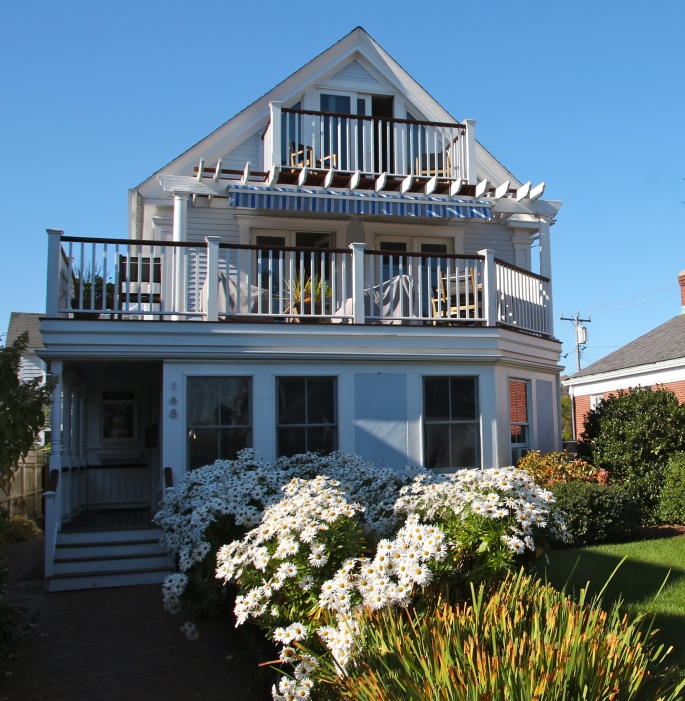 it looks! 🙂 Afterward, we took a stroll along the neatly manicured streets of this

lovely little resort community, still quite alive with tourists and full of interesting 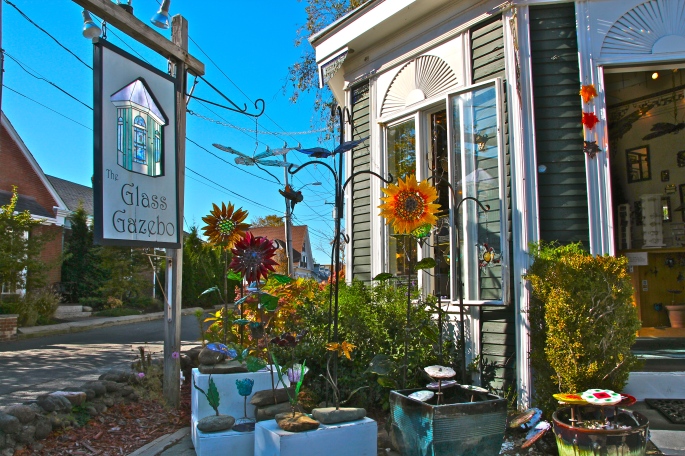 boutiques where local artists showcased and sold their wares. And then, later, in

the warmer afternoon breezes, I took a hike along the seaside while my beloved 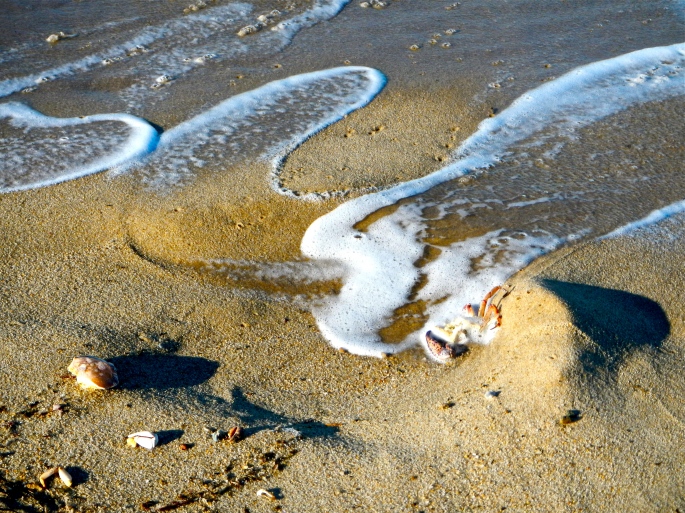 had an afternoon siesta in the car. At first I was really disappointed, since I’d 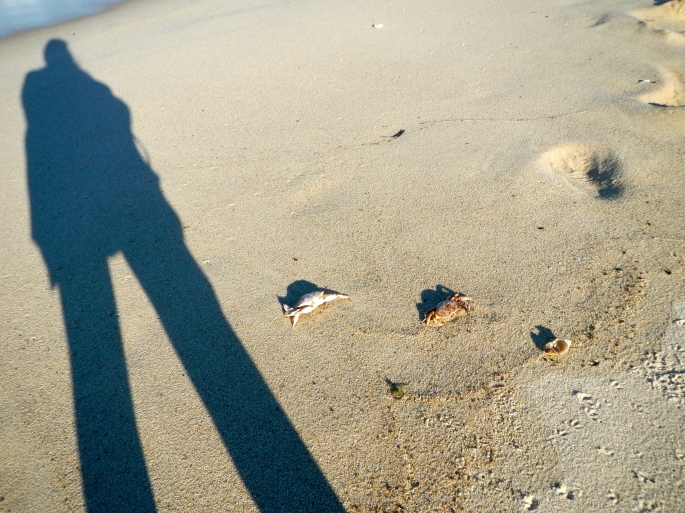 the trip from my standpoint), but then I remembered that while my son Jon and I ate bread and water to save time while traveling the Iberian Peninsula, Alan and Kathy stopped us in our tracks once we met them in Paris, pointing out that

some people prefer fine culinary feasts to fine visual feasts! So then, I decided he 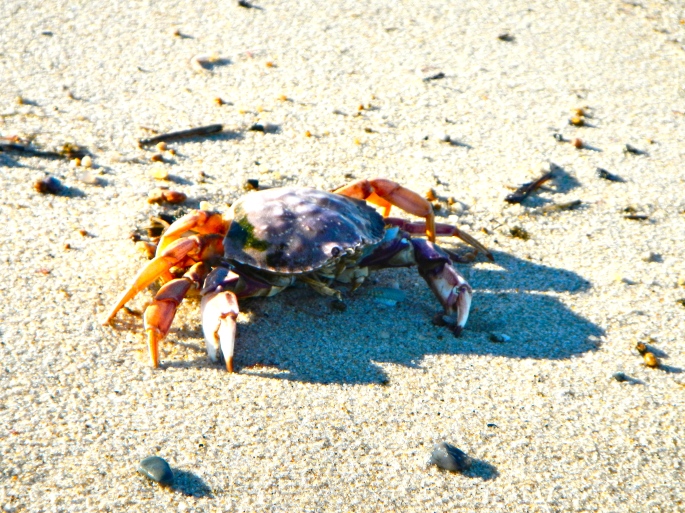 wasn’t just being a killjoy and a crab, and I let him sleep while he let me hike.

To each his own. Live and let live. While I walked, I remembered the fun I’d had years ago camping at Cape Cod with my brother Wolle. We went digging for

clams and one afternoon he even fished a baby sun shark out of a tidal pool and we grilled him for our supper! (Very bony, but good otherwise.) Such fun times!

All in all, it was a perfectly wonderful day! But, that was last week. As I write, the category 1 Hurricane Sandy is churning her way toward a 700-mile stretch of Northeast coast (including Cape Cod) with 90+ mile-an-hour winds that may collide with an arctic storm moving in from the west, all under a full moon, making the storm surges even more deadly and threatening 50 million people in the most population-dense corridor of our nation.

Will you pray with me for mercy and protection for all those at risk?