Seven years ago, on April 20, 2010, Deepwater Horizon exploded into a firestorm that could be seen for 40 miles, resulting in the largest oil spill in U.S. history.

Deepwater Horizon was an offshore drilling rig that had successfully drilled the deepest oil well in history (over 10,000 ft. deep) in the Gulf of Mexico just a few months earlier, and

on April 20th, the crew of 126 were hard at work testing the new well

at Macondo Prospect, forty-one miles off the coast of Louisiana.

Deepwater Horizon cost almost a million dollars per day to operate with equipment and crew, and although there were issues with safety, the project was over a month behind schedule and overdue at a new site, so the decision makers decided to test the well before they were sure all the work was properly completed and all the concrete had time to cure.

The movie dramatizing this disaster is excellent and rated PG-13, but it is so graphic (and bad language) that I recommend it with caution. As one who’s inexperienced with the technical side of oil drilling, it was somewhat hard to follow what was happening, but the message was crystal clear: Often those who take the risks and make the decisions are not those who suffer the greatest consequences for their greed and irresponsible selfishness.

Eleven men died, scores of men suffered, and the responsible companies ended up spending not millions —but billions—of dollars trying to recover and compensate for the damages. 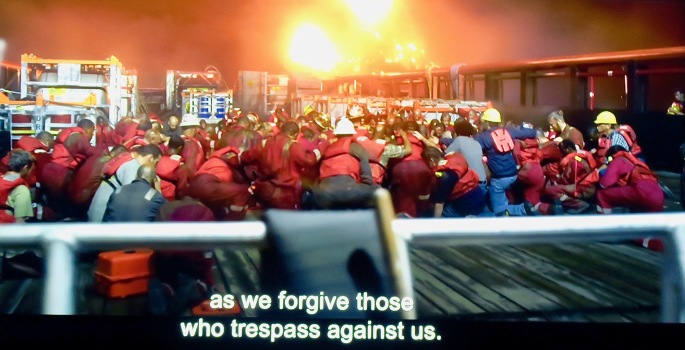 As we make important decisions, let’s remember that if we choose selfishly and unwisely, we’re not just going to hurt ourselves, we’re likely to do more damage than we could ever possibly imagine.

“But my people would not hearken to my voice; and Israel would none of me. So I gave them up unto their own hearts’ lust: and they walked in their own counsels. Oh that my people had hearkened unto me, and Israel had walked in my ways! (Psalm 81:11-13)