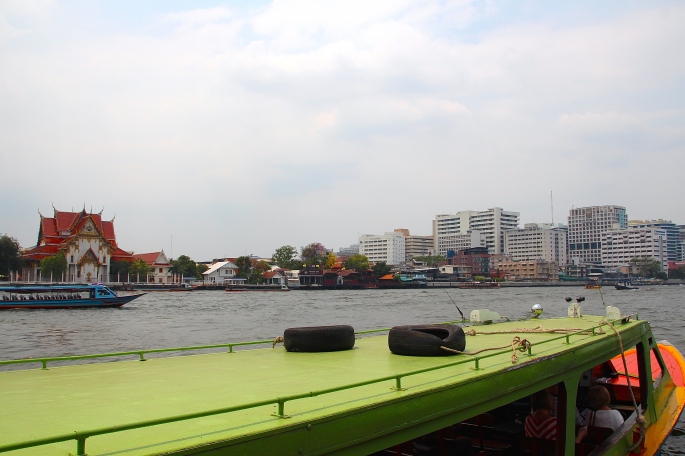 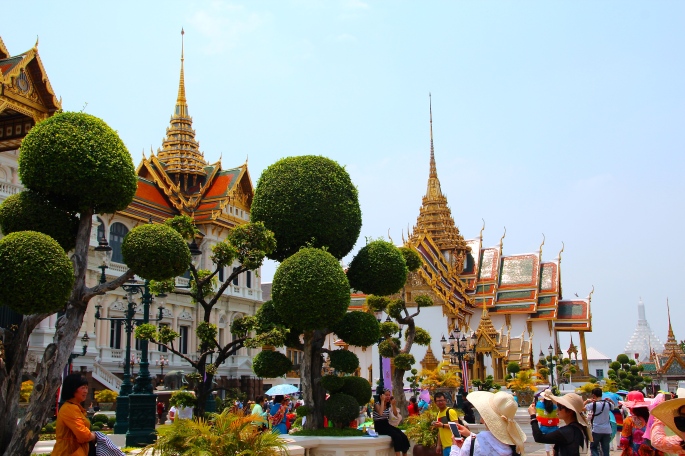 is a gorgeous complex of buildings known as the Grand Palace, 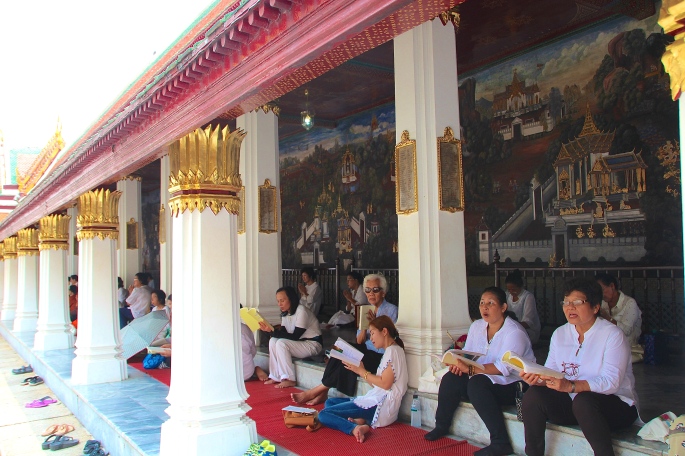 which is the pulsing heart of Thailand’s political and religious life. 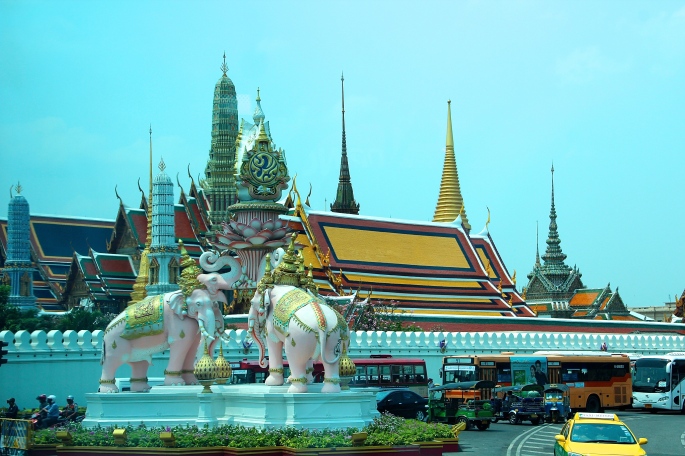 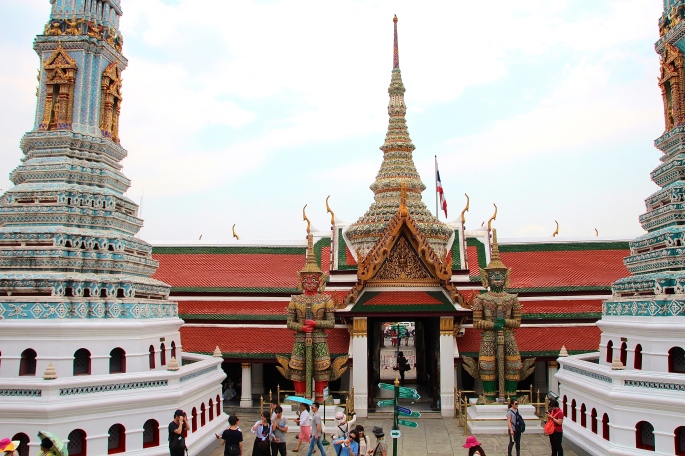 and since its inception, the Grand Palace has not only been 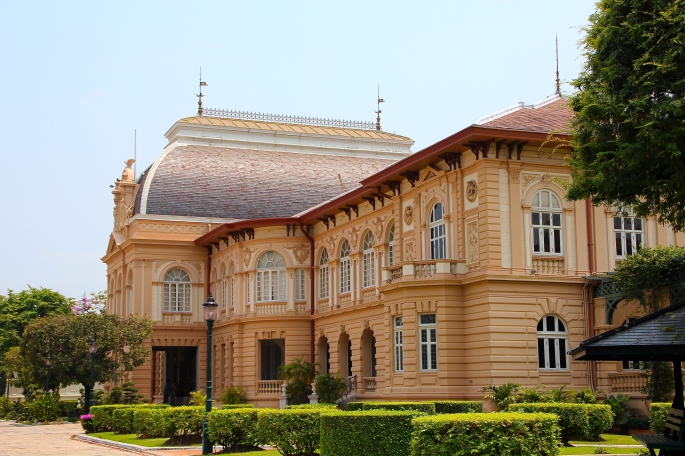 the official residence of all the Kings of Siam (now “Thailand”) 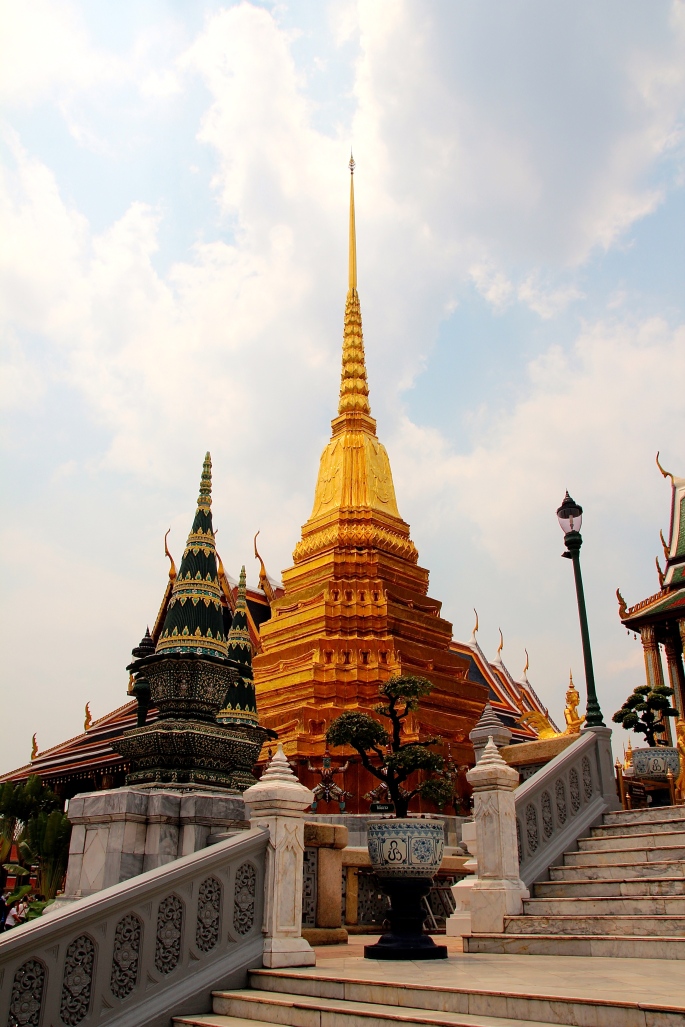 but also home to the nation’s most sacred Buddhist temple, 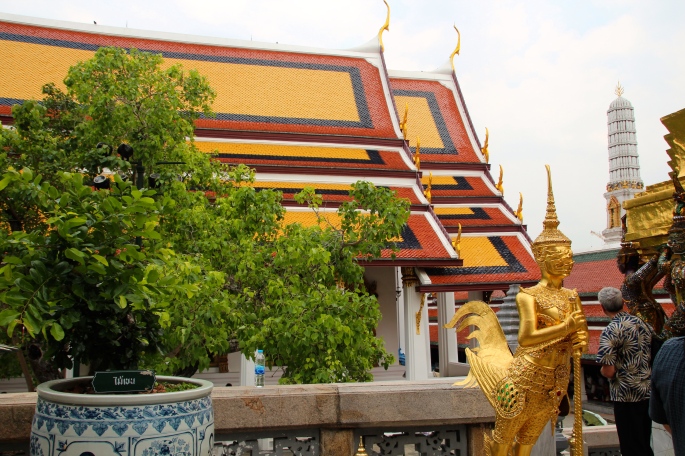 known as the Wat Pra Kaeo, the “Royal Chapel of the Emerald Buddha.” 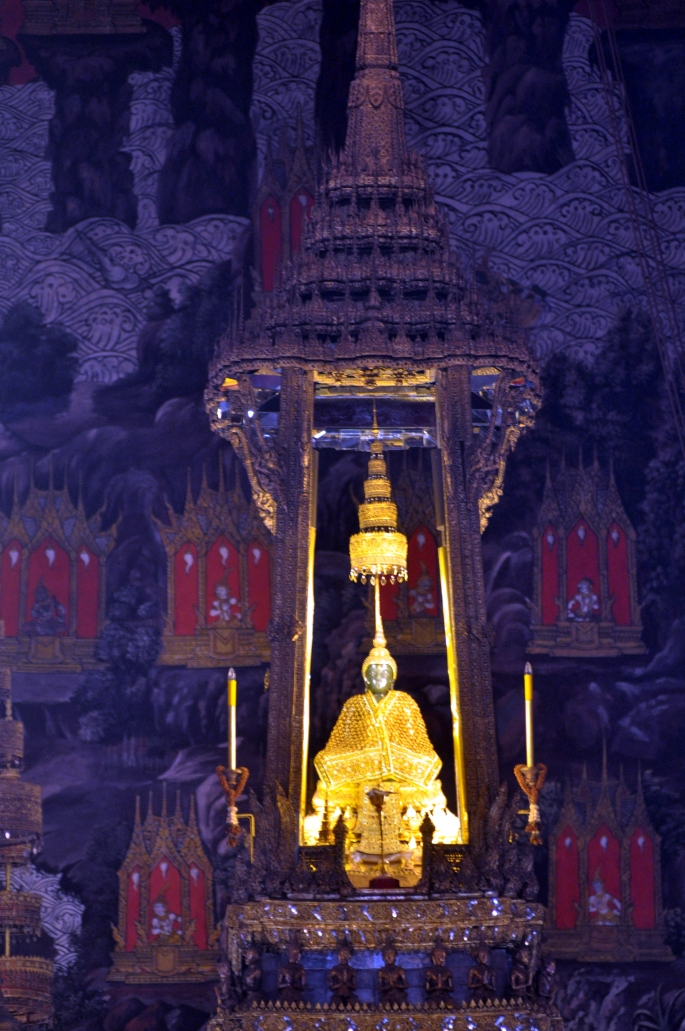 The Emerald Buddha was actually carved from a single piece of dark green jade, is 26″ high, and can only be touched by the current king, who changes his robes at the beginning of each of their three seasons: summer, winter, and rainy. 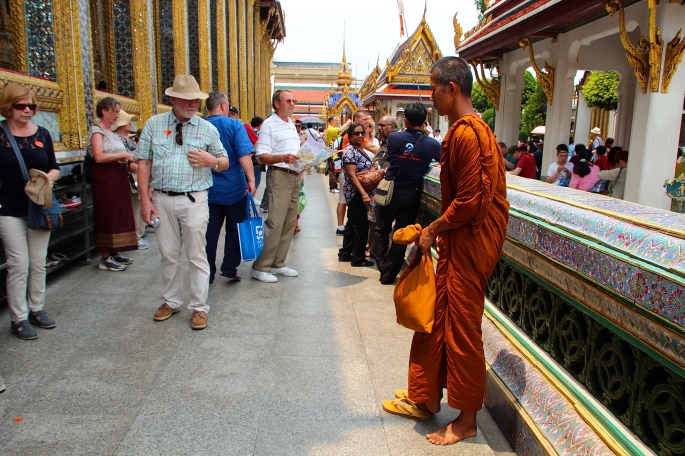 The Thai people believe the Emerald Buddha will bring them good fortune and prosperity. 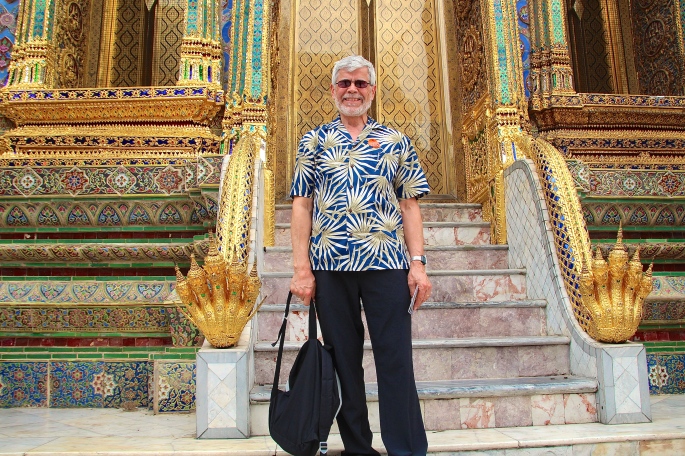 The Emerald Buddha has a history somewhat similar to that of the Golden Buddha (which I told 2 days ago). 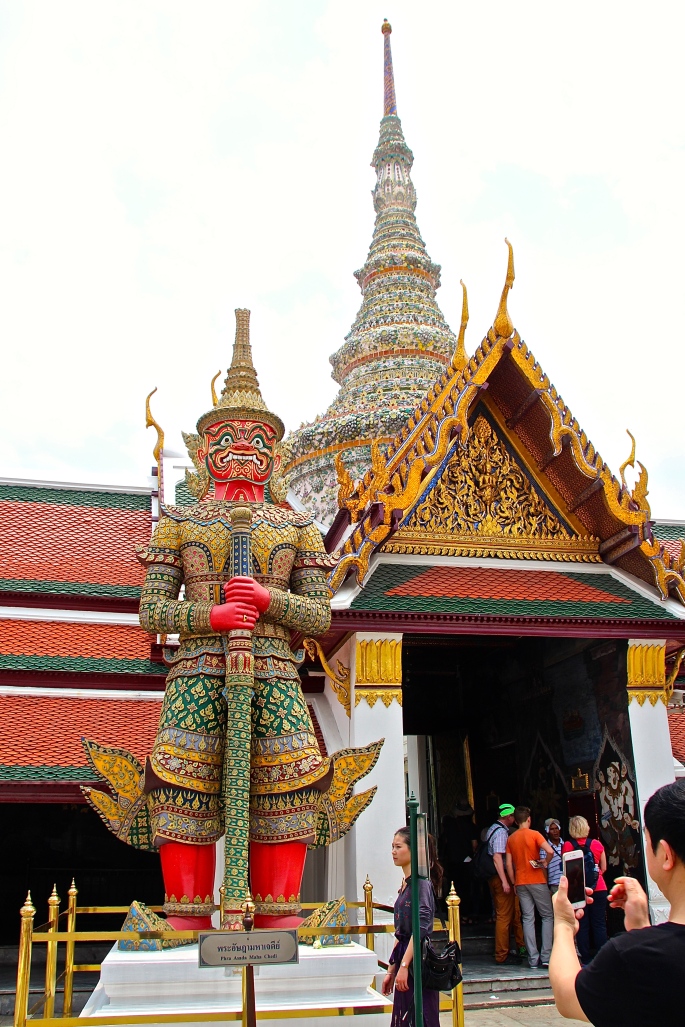 Although much of it’s long history is legendary, the factual part that can be substantiated is that its true value was lost for centuries…until 1434, 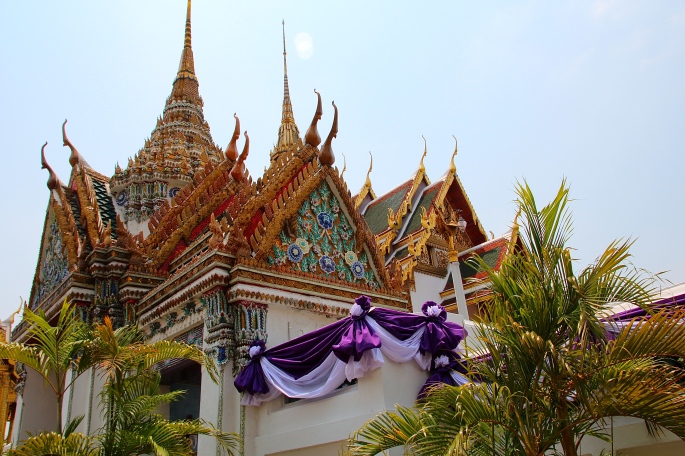 when a lightning storm struck the temple where it was housed, 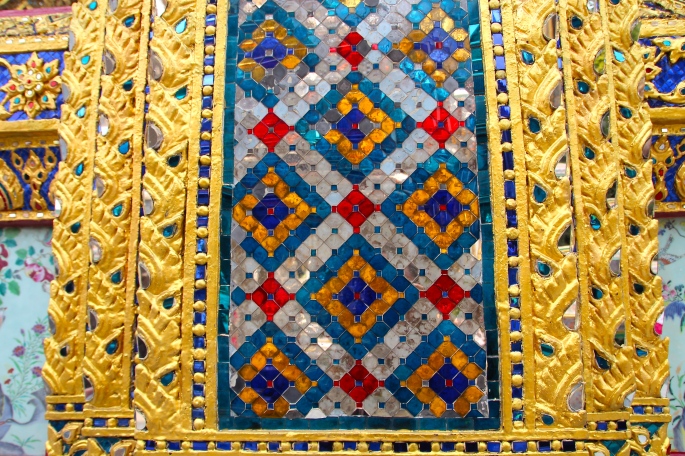 toppling and chipping the statue’s nose as well as washing away some of its stucco exterior to reveal gemstone underneath. (Photo of wall of Wat Phra Kaeo) 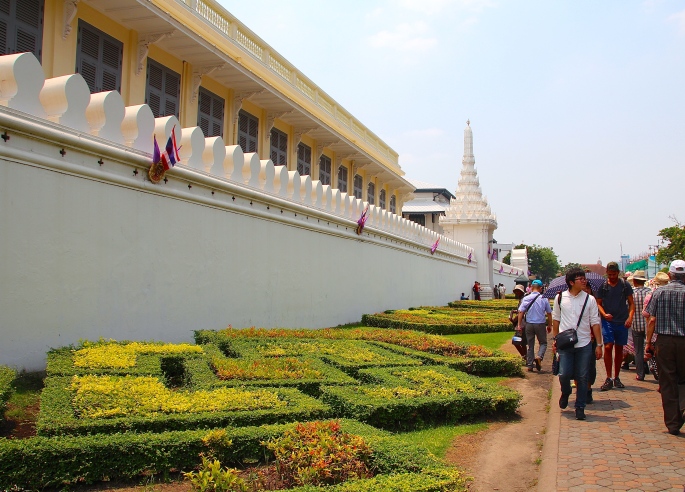 Now, I welcome anyone to correct me, but my understanding has always been that Buddhism is a non-theistic religion which teaches there is no creator-god and tries to encourage people to overcome suffering through enlightened perspectives. 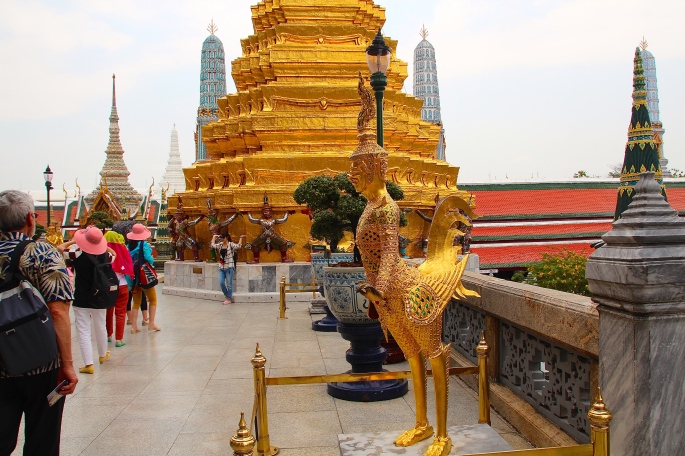 Buddha didn’t believe in God, but it looks to me like he’s been turned into a god. 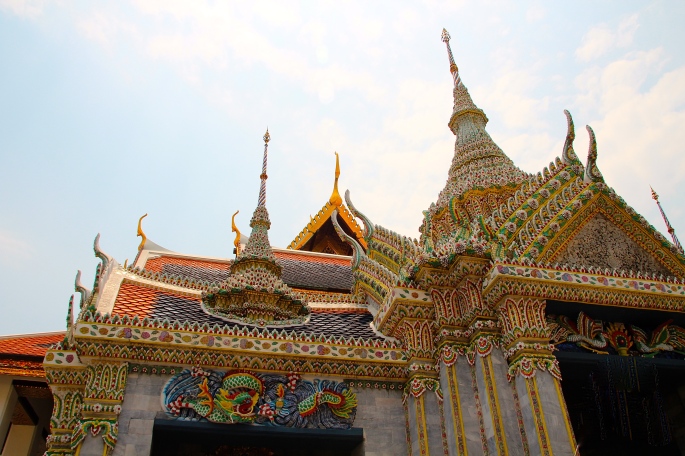 Please refine my thinking if you are a Buddhist and would like to explain what’s really happening at Buddhist temples. 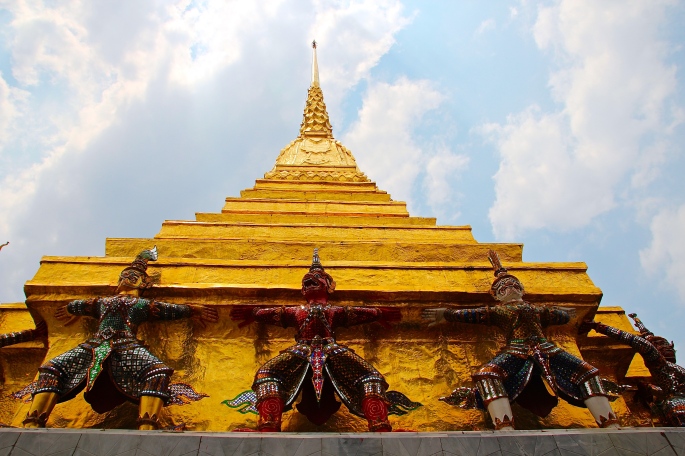 Are people worshiping Buddha? Thank you! 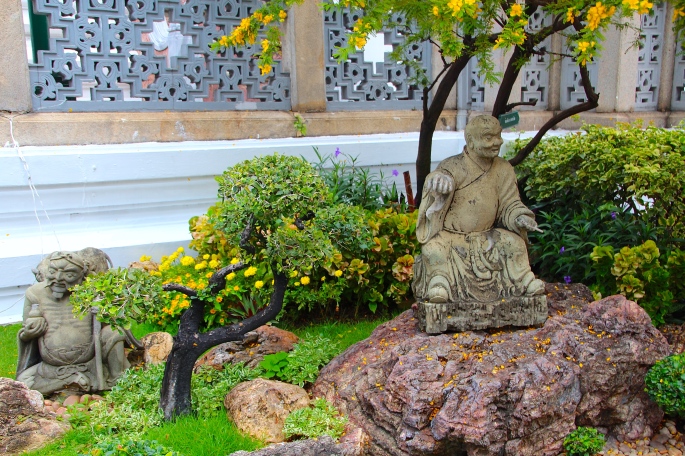 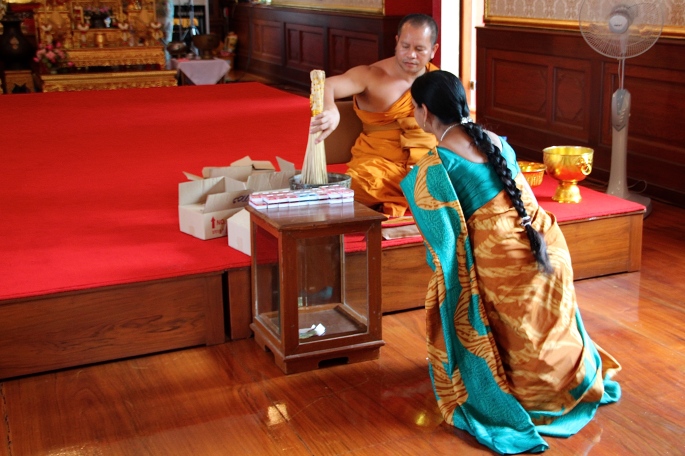 Did you teach there is no God? 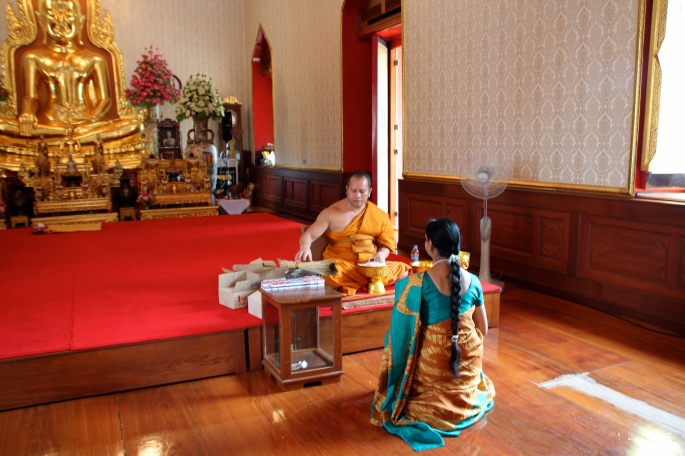 Why are you now gold? 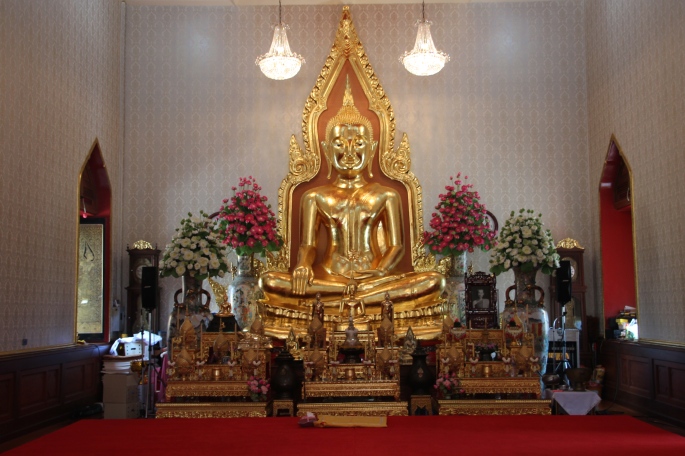 “Ye shall not make with me gods of silver, neither shall ye make unto you gods of gold” (The Bible, Exodus 20:23).

(I took all the above photographs a few weeks ago, except for the picture of the Emerald Buddha, which is by WPPilot, used by permission from Wiki Commons.)